A sequel project could surpass the original, the Royal Atlantis is reaching the final stages of production, and it’s looking no less than amazing – even for Dubai.

The Royal Atlantis Resort & Residences is currently ahead of its scheduled opening in late 2020. At $1.4bn no expense has been spared by the Kerzner group. Palm 2 as it’s affectionately dubbed, sits alongside The Palm sharing 63 hectares of seafront.  A distinctive design, comprised of two towers connected by a “spa-bridge,” has already won awards.

According to a recent CNN report the complex, in development since 2014, is now “nearing completion” – a vague phrase when it comes to new developments, and especially so in Dubai. However, the “external structure is complete,” according to Timothy Kelly, managing director of both Atlantis hotels… We are now progressing with the interior and finishings.”

According to Kelly, no two sections of the building are the same.

The Royal Atlantis is divided into two towers, with one devoted to a resort and the other to residences. They are connected by a bridge filled with pools, lounges, and cabanas.

The resort half contains 795 rooms and suites spread across 43 floors, as well as private clubs, restaurants, and bars.

On the residence side, where property prices begin at around $2 million, there are 231 apartments ranging from two to five bedrooms. Many of the residences feature terraced gardens and infinity pools. Residents will have access to a private beach.

A choice of 17 restaurants on site will include offerings from Michelin-starred chefs such as Heston Blumenthal and Jose Andres.

Kelly is also proud of the distinctive water features at the Royal Atlantis that play on its oceanic theme.  “In the lobby you are greeted by a 10-meter-tall sculptured feature that floats on water and is designed to emulate the first rains of Dubai each season,” says Kelly. “The lobby will (also) be home to three stunning aquariums, one of which will be the largest jellyfish tank in the world.”

The Royal Atlantis is entering a crowded marketplace with luxury hotel developments accelerating ahead of Dubai hosting Expo 2020, which is projected to attract 25 million visitors. 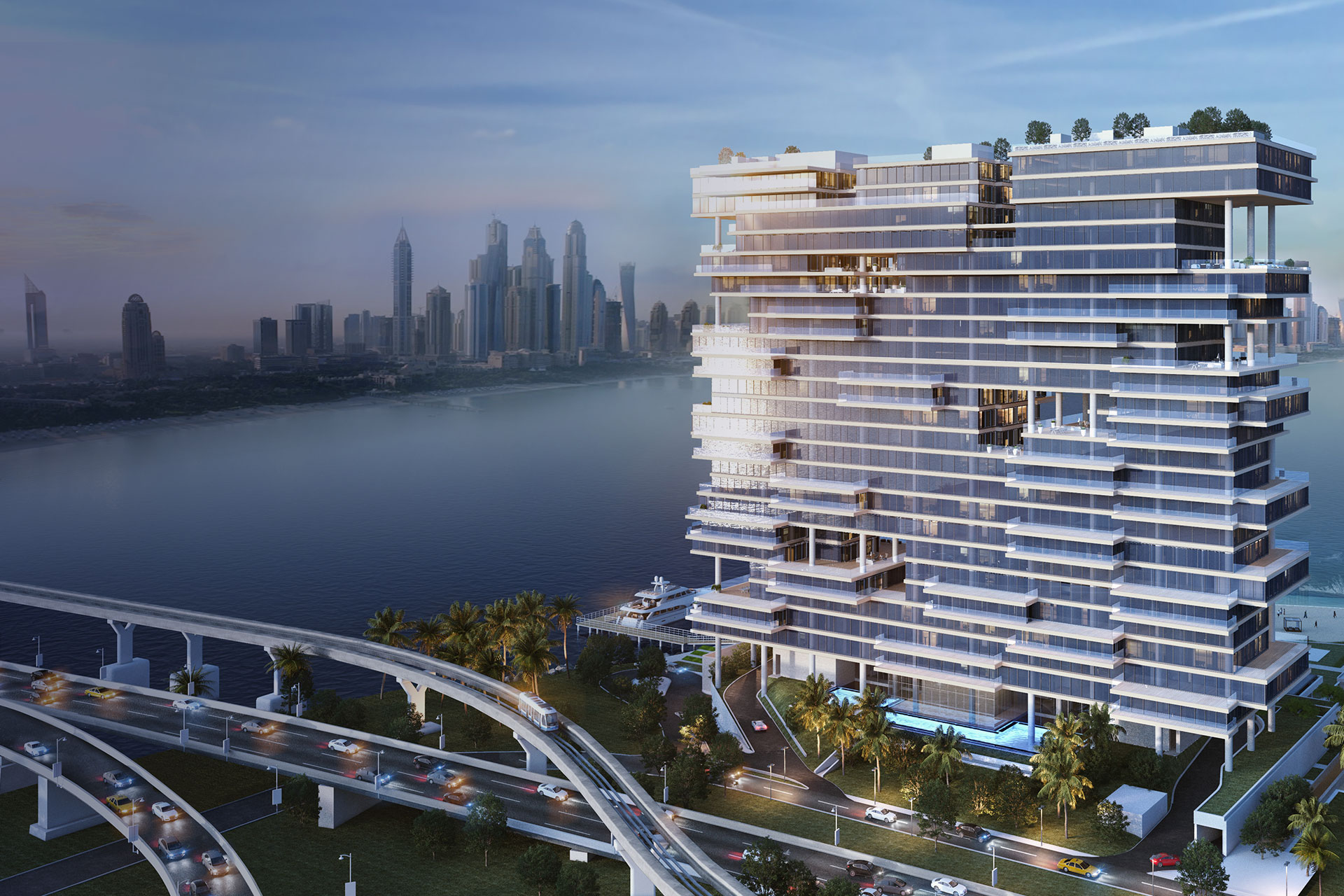 The new hotel shares many similarities, superficially at least, with the ONE Palm (above), at the other end of the Palm Jumeirah, on its trunk.

“More than 2,500 hotel keys (rooms) entered the Dubai market in the first half of this year…half of those keys were in luxury developments.”

Orwell Huxley
A journalist and editor who has lived in Dubai for 20 years and on the Palm for the last 6. Having bought his own home on the island, he really feels it is home, loves it, and believes it could well become the best place on the planet.
You might also like
Hotels
LUVYA, HATEYA: Festival Cements FIVE as Dubai’s 18-30 Destination
Hyatt to open on Palm Jumeirah
Comments
Leave a response