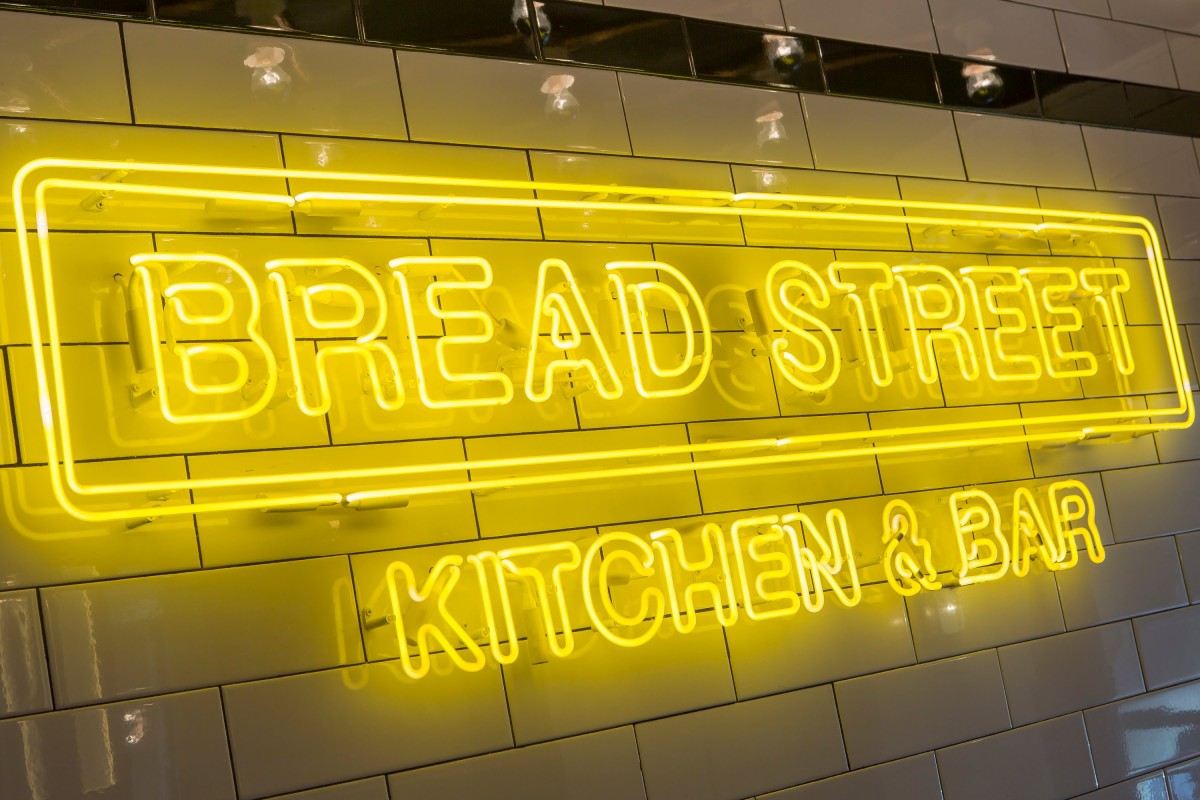 Bread Street Kitchen – Over Priced, Over Hyped and Over Here

Gordon Ramsey is lucky Bread Street Kitchen Dubai is a bit of an outpost on his increasingly sprawling empire, and that his reputation is built on pretty firm foundations elsewhere. He would win no awards for Bread Street Kitchen in the emirate, a restaurant that seems to have been cookie cut from elsewhere (Singapore, London…) into a container that is twice the size, has only half the ingredients but has been designed to extract one third as much financial capital from its customers as it should and does elsewhere.

What do we mean exactly? Firstly, the container… This is not a space made for Gordon Ramsey. Bread Street Dubai is built in the space previously allocated to La Brasserie, another partnership with a branded chef, a certain Michel Rostang. As a result, Ramsey has had to fill a space that is simply too big for what should be a European style canteen kitchen, not exactly something that needs to be intimate, but certainly not a cavernous food hall, which looks empty even on its busiest Friday night.

Secondly a quick glance at the restaurant’s London menu reveals the Dubai restaurant is trading off the name of something quite different. If a restaurant is defined by its food, then Bread Street Dubai is a very distant, and poorer cousin of London. See the London menu here – it’s almost a different language and is certainly infinitely more exciting than Dubai’s cut down version (compare here). To some degree this is understandable – the same ingredients are not on offer in Dubai, and there is both sense and sensibility applied to the UAE’s religious and cultural norms. However, understandable does not make pudding any sweeter.

Finally the price. Can it really be possible that the same burger in London costing 68 AED will be sold to you for a magnificent 95 AED in Dubai? Can the Atlantis restaurant really charge 160 AED for the cod, compared to the comparatively svelte 103 AED for the same dish served to you in Europe’s financial capital? Answers – yes it can, and yes it does. Add on top of this a wine list where the cheapest bottle is around 350 AED (for a bottle of wine that will be served to you for 12 pounds in London) and the bitterest bile you’re left with is perfectly understandable. This is a massively, massively over priced restaurant for what is on offer.

What could, just, save Ramsey’s restaurant would be the food itself if it managed to live up to his name and actually be something a little out of the ordinary. 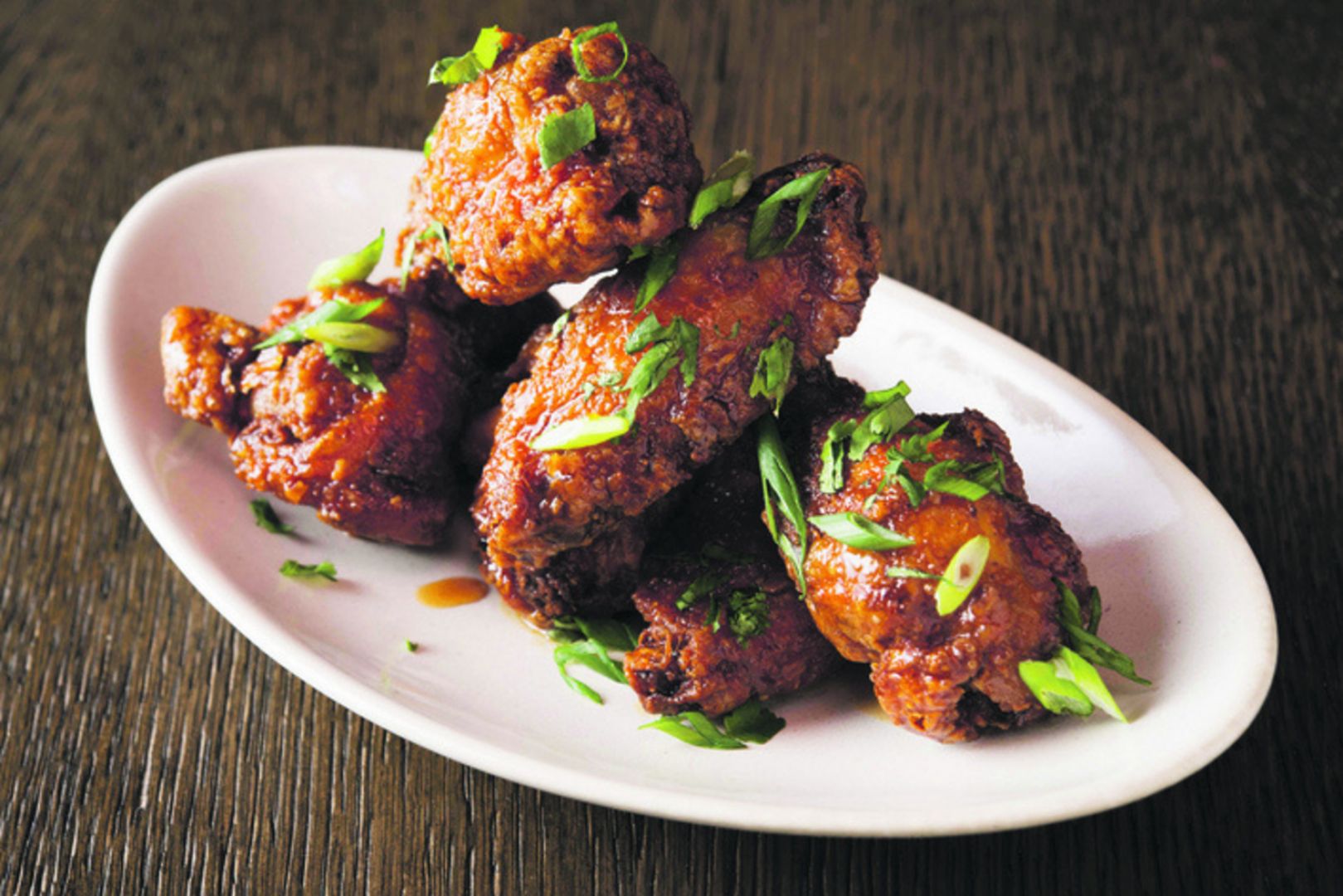 The starters are actually more than acceptable. The Tamarind Spiced Chicken Wings taste as they sound, a nice nod to East and West, and a good start to a meal, waking up your taste buds with a surprising combination of flavours. The roasted veal carpaccio’s tuna dressing is slightly over creamed – but a clean and simple taste, that leaves you wanting more. 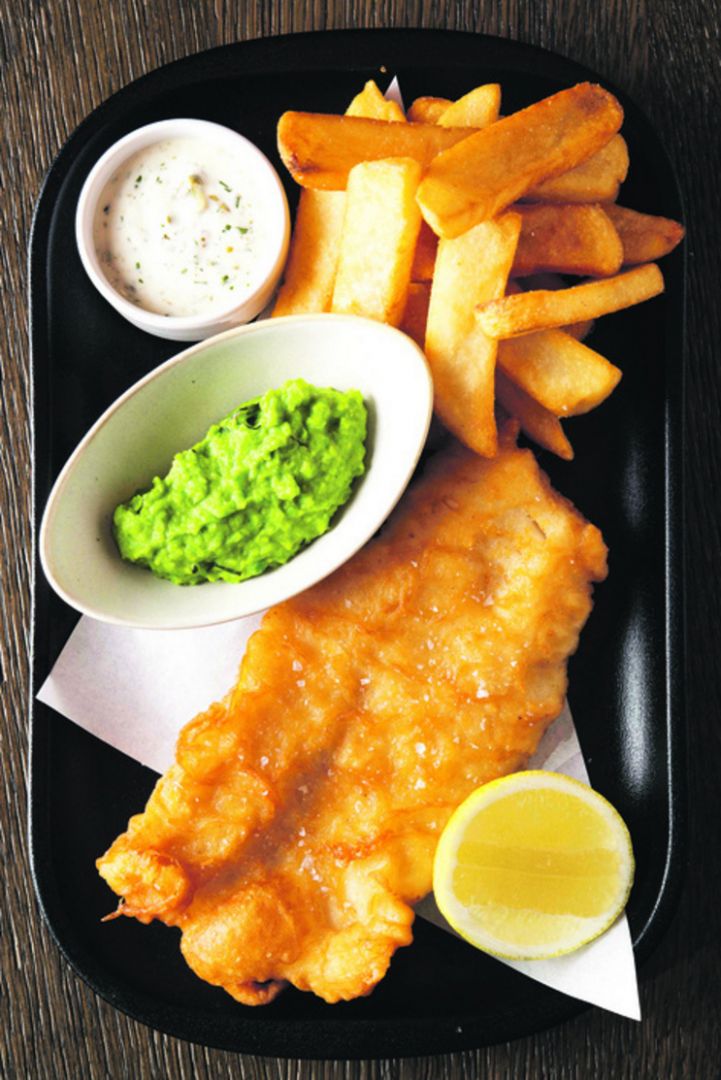 Things fall down when you hit the mains. We ordered the “traditional English fish and chips”, which was oddly sour, perhaps the result of the “chip shop sauce”, while the accompanying mushy peas were startlingly sweet – so much so that they can only be explained as a failed attempt to balance the undertones of the heavy batter. The braised featherblade with carrot puree meanwhile was so fatty and gelatinous it no longer tasted like meat – more like meat in aspic. The Sea Bream, the best of our choices of mains, was a single chord of taste – welcome on first bite, but cloyingly monotonous well before mid way through the dish.

Things do not improve for the deserts. The Eton Mess is simply cream with fruit, no meringue, no twist to make it something interesting – great for the purist maybe, not interesting for anyone wanting to indulge in something a little naughty. The Banana Sticky Toffee Pudding, which must be incredibly hard to get wrong – was an odd mix of sponge and undefined tasteless lumps (we assume banana).  For a pudding person the experience is just disturbing.

We should have left Ramsey’s Bread Street Kitchen feeling incredibly annoyed. That we did not is very simply because of the wonderful staff he has employed who seem to know how to attend a table, while being if not invisible, only there when you want them. We were never bothered, not asked mid mouthful how the food is (a very Dubai thing), and yet there was always someone, nearby, on hand to explain to us a menu item, or to refill our glasses. In terms of service, Bread Street Kitchen does not make one false move.

We will not however return. The city has moved on a long way since Ramsey was last here, and a big name will no longer do the trick. With the variety and level of competition there is, a Dubai restaurant now needs to offer very good food that is reasonably priced – something this restaurant fails to do spectacularly. This is a real shame – you don’t get many shots at entering a city, and this is now Ramsey’s second strike.

A poor re-entry for Ramsey who should have paid more attention to making the menu interesting, than relying on his name alone.

Orwell Huxley
A journalist and editor who has lived in Dubai for 20 years and on the Palm for the last 6. Having bought his own home on the island, he really feels it is home, loves it, and believes it could well become the best place on the planet.
You might also like
AtlantisGordon RamseyFine DiningRestaurants
Atlantis on the Palm? I’ll Buy It!
Gordon Ramsey Parachutes in for Bread Street Kitchen Action
Editor
A-
REVIEW
Nobu, Atlantis, Palm Jumeirah – A Masterclass in Consistency
Comments
Leave a response