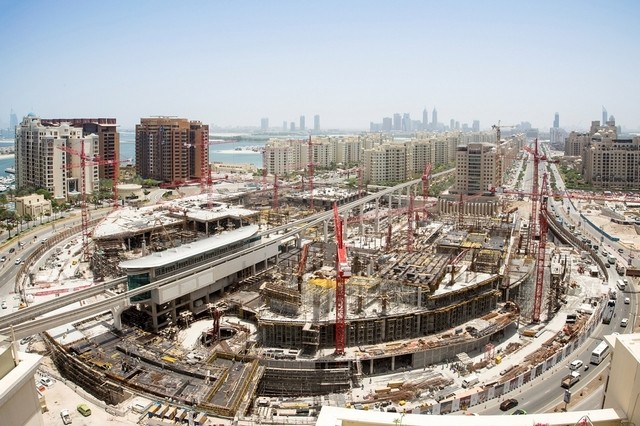 The mall’s three underground parking levels, with 4,000 spaces, are nearly complete, with the overall superstructure due to be finished in the third quarter of this year, the developer said in a statement.

Work is also on track on the mall’s VIP entrance and rooftop features, which include two fountains and two waterfalls plunging as far as 65 ft into the mall.

It is one of several new retail, residential and hospitality developments under construction by Nakheel.
Nearly 60 percent of shop space in Nakheel Mall has been booked, with Waitrose, Vox Cinemas, Adidas, Breitling, French Connection and Montblanc some of the big names on board. There will also be a fine dining roof plaza.

Orwell Huxley
A journalist and editor who has lived in Dubai for 20 years and on the Palm for the last 6. Having bought his own home on the island, he really feels it is home, loves it, and believes it could well become the best place on the planet.
You might also like
Nakheel MallThe News
Confirmed Shops in Palm Jumeirah’s Nakheel Mall
Din Tai Fung Set for Nakheel Mall
Comments
Leave a response