Puff Baker – Loving the Food, Not So Much The Service

Service can be very poor

Great potential but will need to sort out the service which can potentially ruin the experience and undermine the hard work elsewhere.

Now closed, one of the first in the Golden Mile to shut up shop as the swarm of visitors to the stretch of shops failed to materialise. In sufficient numbers at least.

We never quite knew what to make of Puff Baker, a new cafe restaurant opening up in the Golden Mile Galleria. It looked and felt like something that has been planned by a group of investors, ready to be cloned across the city, but was actually the first of its kind, and perhaps the last.

While we know next to nothing of the origins of the restaurant, we do know a French chef lurks somewhere in the background and we know we like what comes out of his kitchen.

Admittedly we have not tasted the entire menu, but we have has the Eggs Benedict and Royale – poached eggs with Hollandaise sauce and crisp, crunchy veal bacon or salmon. Either combination is superb – light, fluffy, and a perfect blend of creaminess, cut though by the sharper zing of smoked salmon or the bacon. The only weakness of either meal is that with just two eggs you are left wanting more – and not just because it is so very good. The portion size is very, very small, and it only because the eggs come with a generous basket of breads, with butter, jam and marmalade, that you will not feel hungry 10 minutes later. 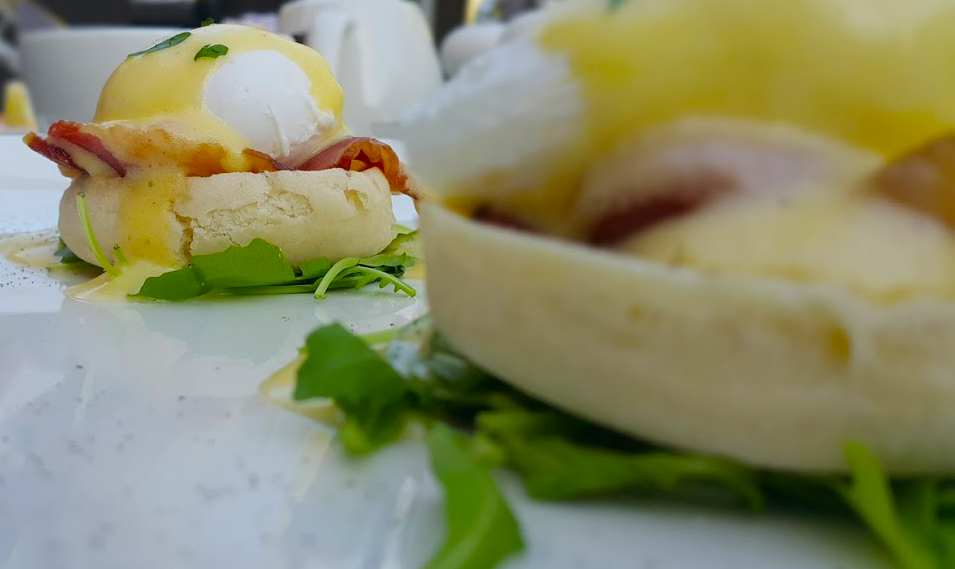 The PJG team has also had the Provencal Lentils, Quinoa and Burrata Mozarella salad – an absolutely delicious combination of clean, crisp, flavours, and at the opposite end of the spectrum, the cafe’s signature burger. This is a bit of a beast – Angus beef with a rich cheddar cheese, in a puff pastry bun (yes – not bread, but puff pastry). It is served with sweet potato fries, salad and a tangy mustard sauce and is the only option we have had so far where we have not licked the plate clean – we managed to eat about one third of the fries, but most of the burger, before we gave in. 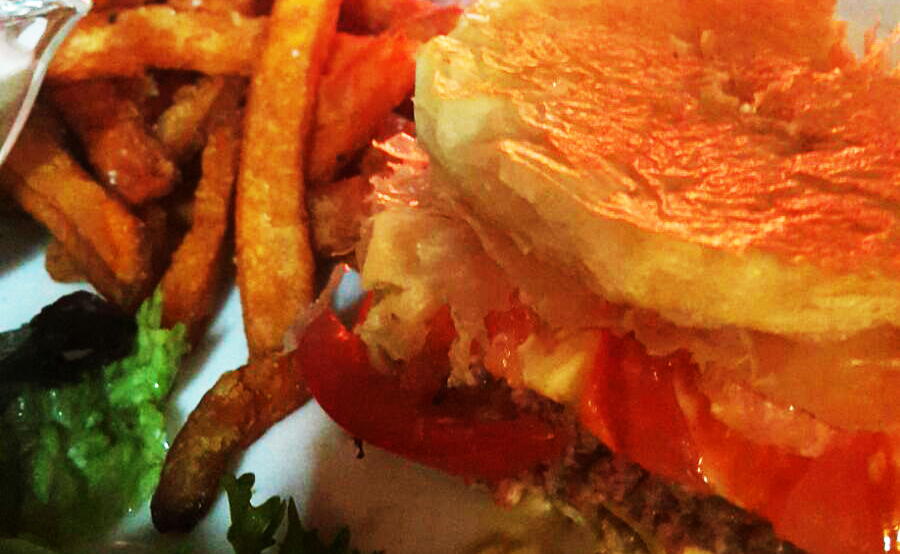 The PJG team has yet to try any of the pastries (unless the cheesecake counts – delicious!), breads, or sandwiches that come from the restaurants own ovens. Given this is a cafe specialising in Baking, we can only hope this is all rather fabulous,. Certainly the people we have seen around us, especially on busy weekend mornings, look happy enough. 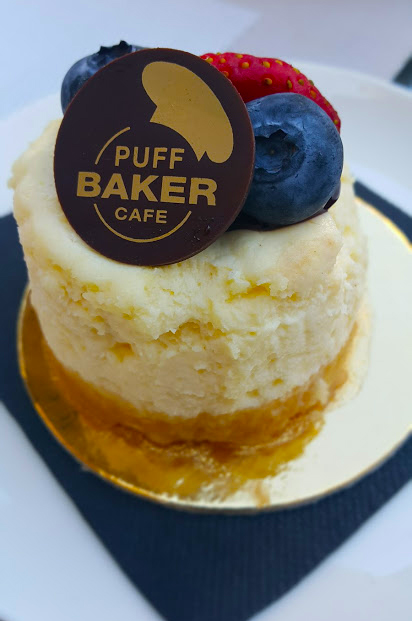 Our only serious criticism of Puff Baker so far has been with the service. It’s new, and clearly the staff are learning. It can take ages to get someone’s attention, ages to get your bill. We have had the wrong order delivered to us twice, and the waiter argue with us as to what a soya based coffee should look like. That we are not completely put off is only because of the food we have eaten – that and the fact that all restaurants should be given some time to bed things down.

We also like what Puff Baker is trying to do, and its small innovations. Its Puff Kids for example allows children to learn from the chefs, develop their own culinary skills and practice making food in a safe, dedicated space. We also love the small area set aside in the cafe for kids to have parties.

Given the volume of young families with children on the Palm, this also makes savvy business sense.

Overall PJG gives a solid thumbs up to Puff Baker. It is going to need to ramp up the service. If it can do that this little cafe could do very well indeed. 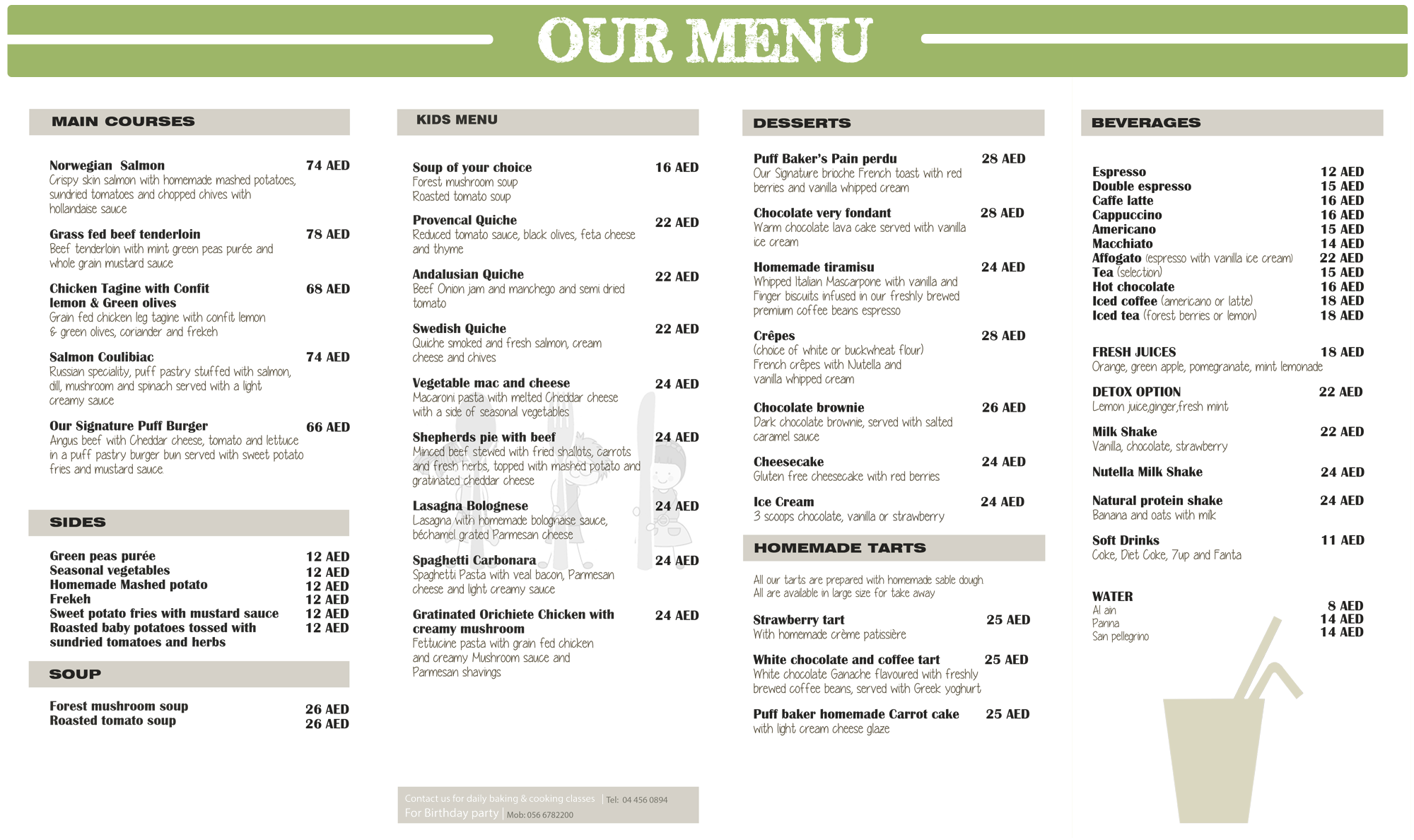 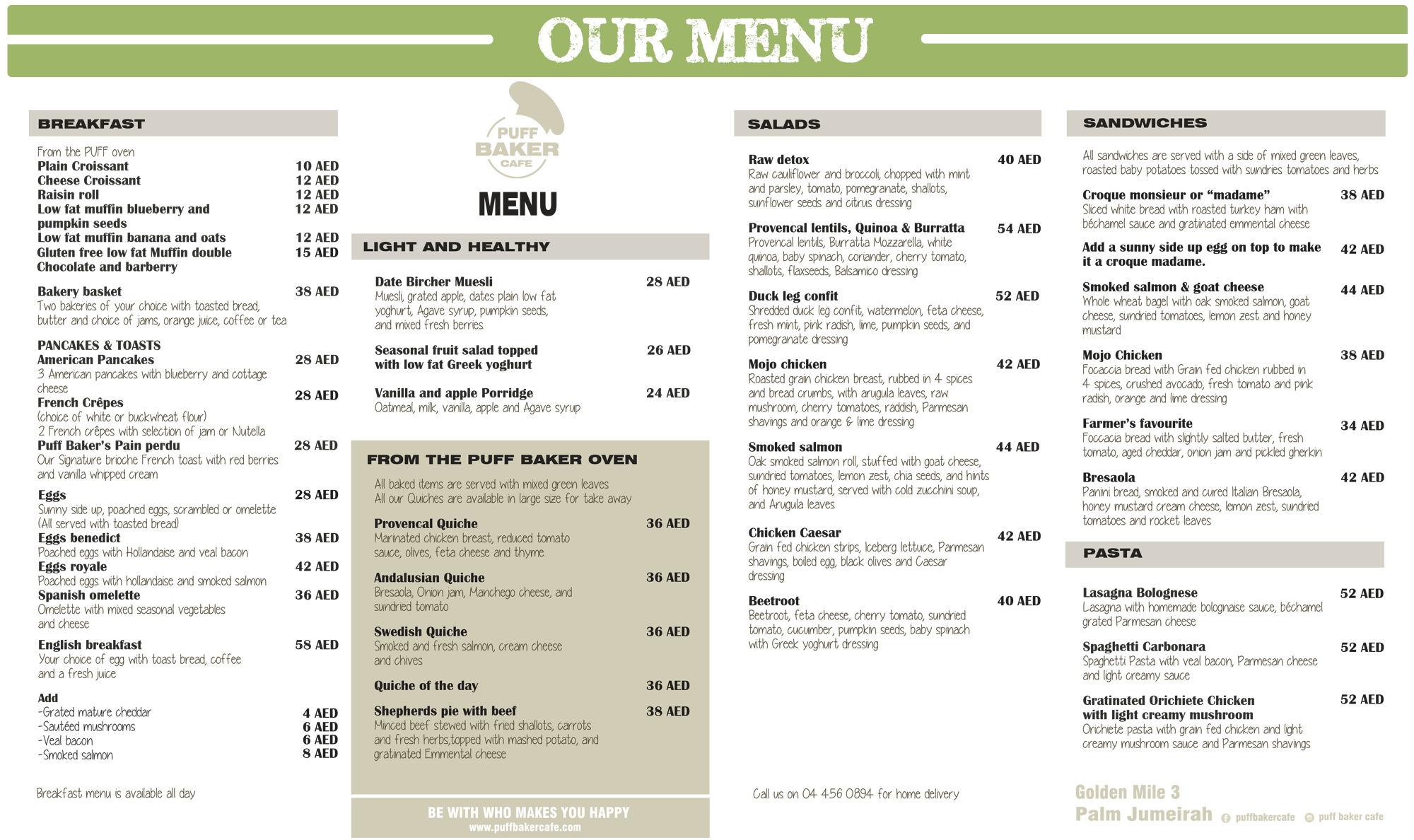 Orwell Huxley
A journalist and editor who has lived in Dubai for 20 years and on the Palm for the last 6. Having bought his own home on the island, he really feels it is home, loves it, and believes it could well become the best place on the planet.
You might also like
Healthy optionsOutdoor seatingRestaurants
Editor
User
REVIEW
Wagamama – Disappointing, But We’re Still Full Of Hope For This New Palm Favourite
Comments
Leave a response